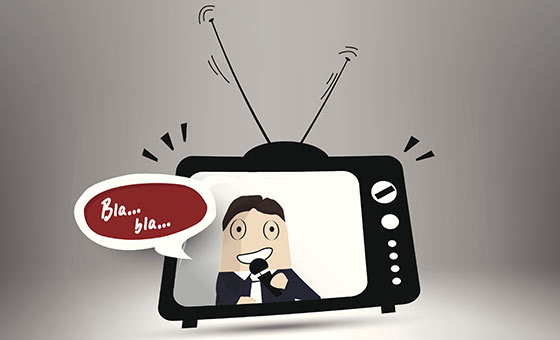 As you look to next year’s TV advertising strategy, there are promising new statistics that set the legal industry up for continued success on the airwaves. Television advertising is unprecedented in terms of volume and lawyers continue to thrive on the wide-reaching platform. In fact, it would be impossible for you to significantly grow your practice without this exposure.

A just-released Institute for Legal Reform report confirmed that in absolute dollar terms, legal ads continue to grow as a share of the entire television advertising marketplace. In fact with total annual spend projected at $892 million, legal services ranks No. 6 on the top 20 list of broadcast advertisers. That’s a 68 percent growth in the last eight years alone, outpacing all other ad spending during this time. In terms of local spots, legal services has doubled its share, and quadrupled its share of syndicated TV ads.

What do these numbers mean? Put broadly, TV advertising for lawyers still works. In addition to leveraging the diversity of network, cable, syndicated and spot television, top-advertising lawyers are honing in on more strategic ad buy positions in preferred dayparts and programs.

However with so many savvy legal practices continuing to communicate through the clearly recession-proof airwaves, how does your firm stand out, get ahead and ultimately acquire more cases in such a cluttered space? Get back to basics. Just in that attorney television advertising remains effective, so do many of the tried-and-true principles of strong brands, creative and marketing:

Dig into being different. Your firm isn’t the same as others on the airwaves. Why fall into the trap of mirroring what other attorneys are doing and thinking you’ll somehow stand out? Explore how you can portray your firm’s brand—and message to prospective clients—differently. Stealing creative concepts or simply trying to “shout” the same message louder than the competition won’t deliver the kinds of cases you really want.

Make your message resonate. In the same way that a different message might leave a distinct impression on the television audience, so will a commercial that resonates personally with potential victims. Try to talk to the public the way you would a jury; appeal to viewers through real-life stories; try an unexpected animation or other visually driven ad style to attract new eyeballs; and always make your message more about them—your clients—than your attorneys.

Watch other attorney ads. Competitive analysis is a smart place to start. Record TV commercials being aired by the rest of the legal advertisers in your market, as well as nationally, and have a viewing party with your advertising agency. Are the legal advertisements all the same, with monotonous messages about big money and big-name lawyers? If so, that’s your cue to do something out of the ordinary with your attorney television advertising. The opportunity is ripe to become the talk of the airwaves, and no one talks about commercials they can’t remember.

When they’re on our side statistics can be powerful motivators. Now’s the time to use the most recent reports on the sustained value of TV advertising for lawyers to make a name for your firm.