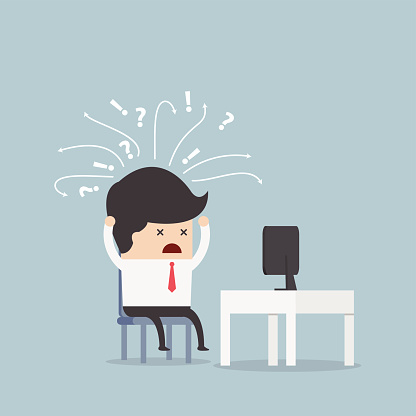 Here are some additional resources you can visit to learn more about Google’s penalties. If you have any questions, feel free to reach out to us.

What not to do, straight from the horse’s mouth. You can find out what Google does and doesn’t like. Mostly, though, it’s telling you what you shouldn’t do.

We’ve discovered a hacked site weeks before Google sent us a notification. If your site is small, use a free website crawling tool like Screaming Frog to find any suspicious pages.

Moz is one of the leading resources in digital marketing. They’ve been keeping track of Google’s algorithm changes since 2000. This is one of the first places we go when we see any concerning dips in Google Analytics.

A lot of updates are “unnamed” because Google stopped confirming major changes to their algorithm in 2016. Still, this is a good starting place.

If you’re unfamiliar with any of Google’s penalties, visit this post. It lists and explains both manual and algorithmic changes. It’s an older post, but does a good job of explaining Panda, Penguin and other penalties. Newer penalties, like Google’s Interstitial Penalty released in January aren’t included.

You’re looking at the analytics for your website and to your horror, you see that organic traffic from google has severely dropped or stopped completely.

In a panic, you check if your site’s still up, if the analytics tracking code is still installed, or if you’ve accidentally blocked search engines from indexing your site.

Everything checks out but you don’t know what the problem is.

If the stop or drop in traffic was sudden, then congratulations, you may have a penalty to deal with.

There are different penalties that can have negative effects on your site. And all of them are either an algorithmic or manual penalty.

Google uses a mathematical equation called an algorithm to rank websites. This algorithm checks your web pages against more than 200 on and off-page factors. How your pages compare with the competition determines your place in search results.

An algorithmic penalty is when google changes or updates their algorithm. And that change could cause a sudden drop in rankings and website traffic.

If you think an algorithm update caused your site’s drop in performance, check the seo or digital marketing blogs for any info on a new update.

If there was one, look into what the update changed and when it was launched. If the launch date is around the time your traffic and rankings dropped, then that update may be your problem.

It’s also a good idea to track recent changes to your website as the change may have triggered a pre-existing algorithmic penalty.

Since there are multiple algorithmic penalties to deal with, you’ll have to spend time researching the problem and finding the solution.

If you can’t find news about an update or you haven’t made any changes to your site, then you may have been hit by a manual penalty.

Your site get’s a manual penalty when it violates google’s webmaster guidelines. These guidelines cover what is and isn’t acceptable behavior regarding your website.

Basically, google doesn’t want you to use specific strategies to game their algorithm to improve your site’s position in search results.

Unlike an algorithmic penalty, google sends a message to your site’s search console account telling you your site was penalized.

You may need additional tools and more time to fix a manual penalty but that depends on what your site is penalized for.

Keep in mind that the negative effects from a penalty, both manual and algorithmic, can affect your site well after the penalty is removed.

That’s why you, someone on your staff, or your marketing agency should be keep up-to-date on rumored google algorithm updates or periodically audit your site’s on and off-page seo strategy.

And that’s it. Those are the differences between google’s two types of penalties. We’ve put links below if you want more info.
And if you have any questions, comments, concerns or sarcastic remarks, leave a comment or reach out to us on facebook, twitter or our website.

And as always, thanks for watching.